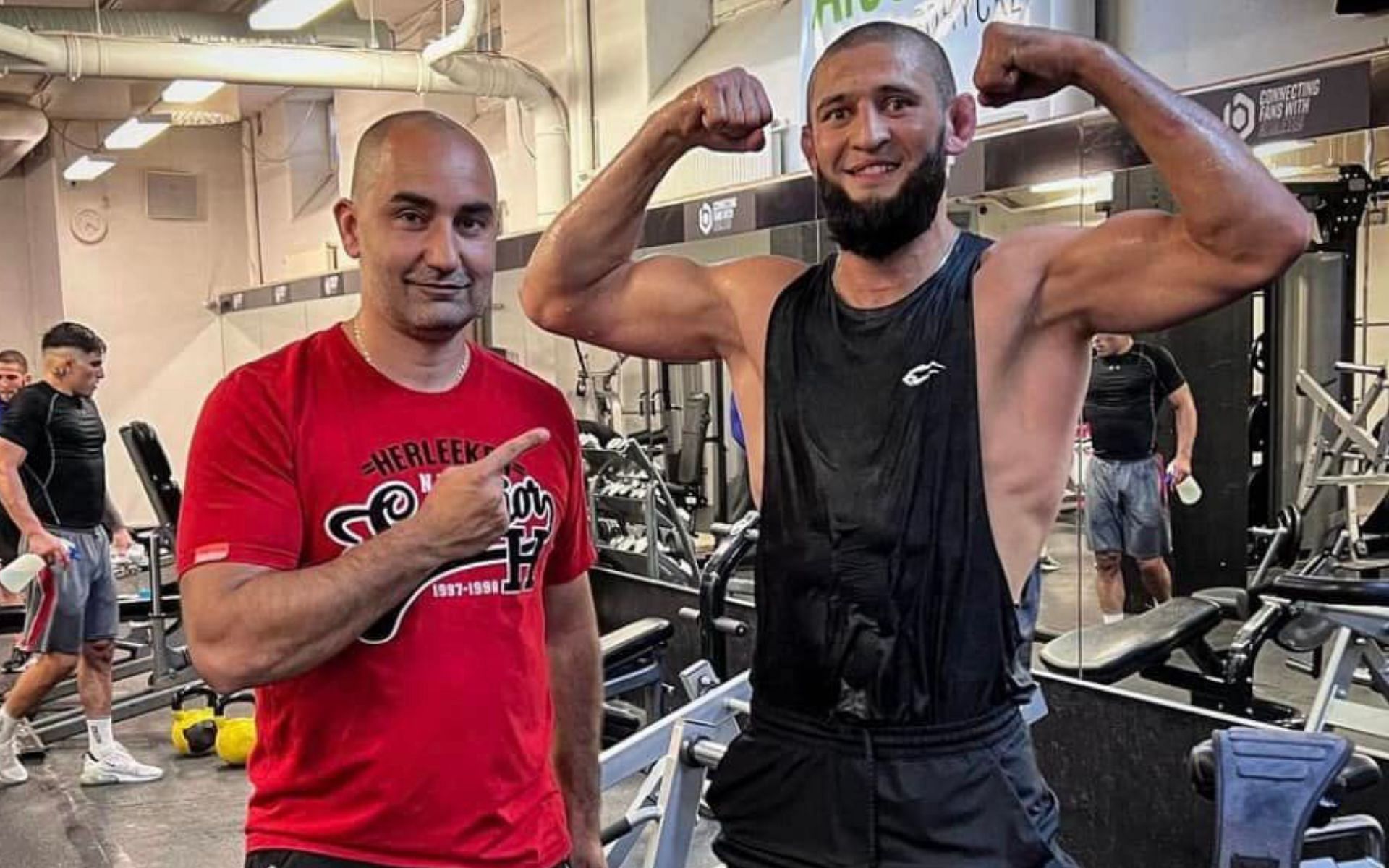 Khamzat Chimaev has a well-earned reputation for training hard non-stop, going so far as to add midnight cardio sessions on fight week to stay focused. According to his coach Andreas Michael, that insane work ethic is why he will become a legend alongside other greats in the sporting world.

Interviewed by French outlet La Sueur in the lead up to his main event against Nate Diaz at UFC 279, Michael was asked how he responded to people who said Chimaev’s intense training schedule doesn’t make sense. He replied:

“When you see Kobe Bryant, and you see Michael Jordan, and when you see Mayweather and all these guys, it makes sense to them. Because they had the same work ethic. It’s insane … but you’re not them. And that’s why it’s insane to you. You’re not them and that’s why you’ll never be anything if that’s insane. What’s insanity is the reality of legends. Insanity is only insane to the people that didn’t become anything.”

Khamzat Chimaev comes into his fight with Nate Diaz on September 10 on a five fight win streak in the UFC. A dominant win over Diaz could cement him a position as the No. 1 contender at welterweight. The only thing stopping him from fighting for the title next is a likely rematch between champion Leon Edwards and Kamaru Usman, who held onto the belt for over three years before losing to Edwards at UFC 278.

“I think last weekend [Khamzat] did not understand that he was the biggest loser in the Usman versus Leon situation because he was in line. All he had to do was get past Diaz. All he had to do, get past Diaz, you fight for the championship, but with Leon Edwards winning now, now we got a trilogy and rightfully so.”

Cormier went on to question what Khamzat Chimaev gains from a win over Nate Diaz at UFC 279. Given how active Chimaev likes to stay, it’s unlikely he’ll be willing to sit on the sidelines until Leon Edwards and Kamaru Usman fight sometime in early 2023. The winner of that fight then has to recover and have some time off before re-entering another championship camp.

All this could leave ‘Borz’ without a title fight until mid-2023.

We’d make the sun shine for one night only to make this fight happen on home turf! 🤞 #UFC278

Leon vs. Usman 3…in Wembley? 🏟️We’d make the sun shine for one night only to make this fight happen on home turf! 🤞 #UFC278 https://t.co/q326oTKsFu

Starbucks drink recall: All you need to know amid metal fragment fears

ICC World Test Championship points table (updated) as on August 27 after ENG vs...